Founded fifty years ago at the initiative and using the means of the mining industry, the Mining Institute is scientifically, development-research and in a designing sense, the framework of construction, technical-technological and production ascension of the Yugoslavian and Serbian mining in the second half of the XX century. Through hiring of the top scientific and engineering experts, the Mining Institute has become a sort of an engineering school that provided the best researchers, designers, university professors and bearers of the development of the mineral-ore complex of our nation. The contributions of the Mining Institute are not only the successfully realized scientific, development-research, innovative and industrial projects, but the development and application of new mining technologies, testing, laboratory and measurement methods, new mathematical-model approaches in engineering of mining etc. The scarcity of professional literature in Serbian was quickly compensated by the Institute which had soon after its founding, by becoming the leading Yugoslavian publisher of periodicals and literature in mining, geology, and economy of the mineral industry. The events from the last decade of the past century, the dissolution of Yugoslavia, war, sanctions and bombing, have negatively impacted the industry and all aspects of life in the country and the Mining Institute whose prosperous development had started to stagnate was no exception. Through the determination of the collective, the negative trends were halted in 2004. when the Mining Institute once again enters a period of stable functioning.

At the behest of the mining industry the Mining Institute (MI) was founded on 14. July 1960, through act IV, num. 452, of the Executive council of the National Assembly of the Republic of Serbia. The founding act was preceded by the initiative of the mining-energy combines Kolubara, Kostolac and Kosovo which had through financial investments become the founders of the MI. This action was joined by the mining-smelting basin of Bor, the mining-metallurgical combine of Trepča, middle Bosnian coal mines of Zenica, coal mine Aleksinac, antimony mine Zajača, the coal mines of Resavica, lead and zinc mines Šuplja Stijena, coal mine Kamengrad and coal mine Bogovina. The gathered financial means have served as participation for bank credits for the construction of the Institute building, testing halls, laboratories, procurement of the equipment and literature. Laboratories for semi industrial tests of the preparation of mineral ores, geomechanics, solid fuels, environmental preservation and thermal technical measurements, and a library with more than ten thousand titles were built.

The Institute had in a short period become a reputable scientific, research and designing institution of a national and greater significance. By acquisition of the Institute of coal in the end of 1960. the MI had 54 associates. Because of the sudden rise in requirements and a big technical-technological rise in the mining industry, several years later the Institute had hired over 350 engineers of mining, geology, machinery, electro-technics, construction and geodesy, chemists, physics-chemists, mathematicians, economists and other highly educated experts. Because of the personnel and material potentials, and a thought out management, the Institute became the leading Yugoslavian and internationally respected school for engineering of mining, a nursery which had raised numerous leading designers, researchers, scientists, university professors and bearers of the most important tasks in the Yugoslavian and Serbian Mining. 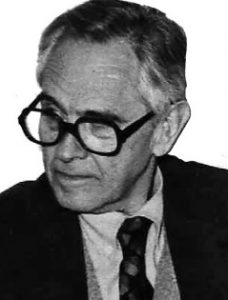 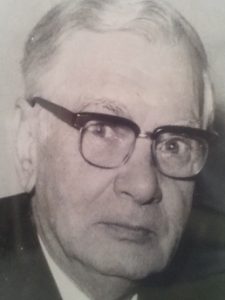 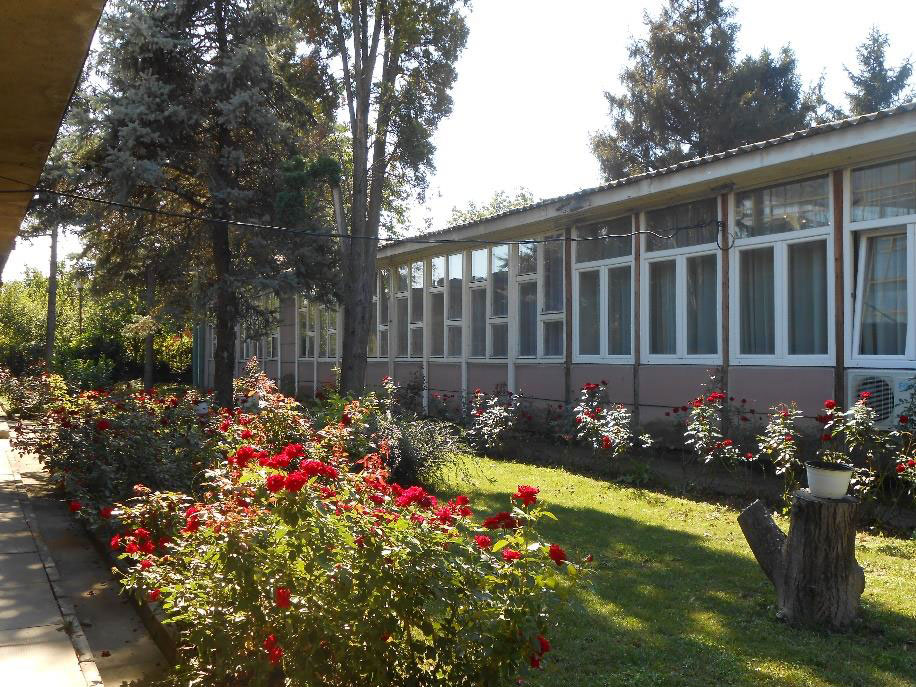 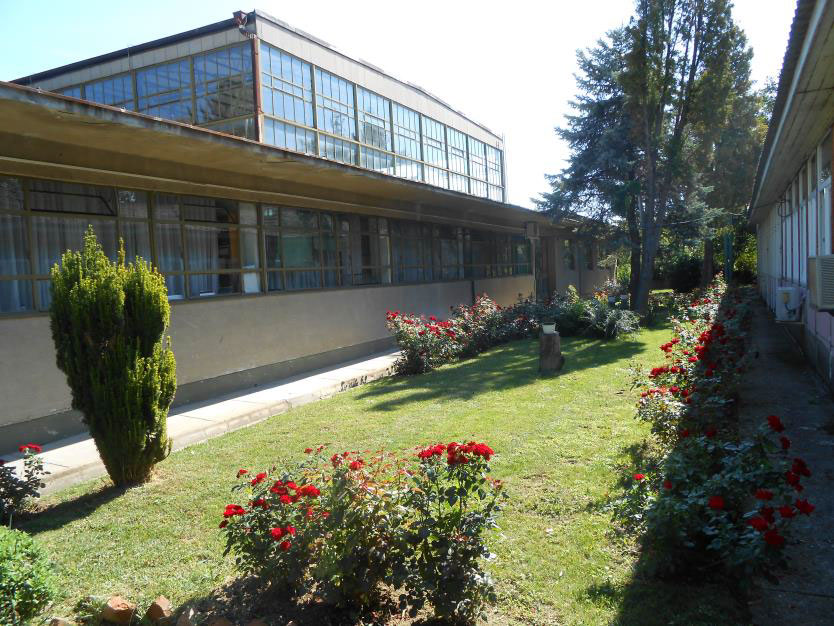 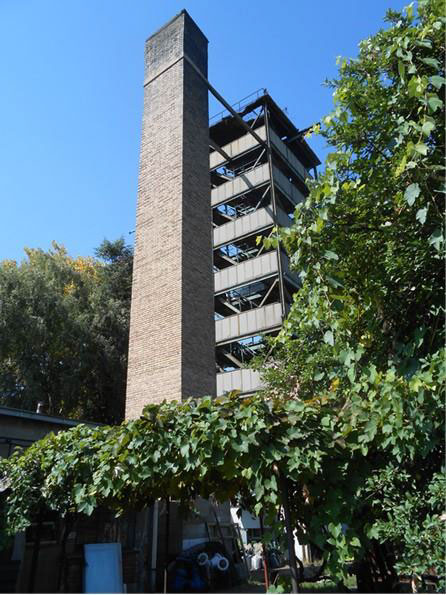 The decisive impact on the development and construction of the Institute was made by prof. dr Mirko Perišić, the first director – founder and strategist of development and professors of the Mining-geology faculty of the University of Belgrade Milorad Čiča Petrović, Branko Jokanović, Đura Lešić and Branko Gluščević. Significant contributions to the development of the Institute were made by the highly regarded experts: Petar Obradović, dr Đuro Marunić, Radoslav Raka Veselinović, dr Janoš Kun, Milivoje Makar, prof. dr Dragiša Draškić, prof. dr Vesna Jovičić, prof. dr Branislav Genčić, dr Dragoljub Lune Mitrović, prof. Borislav Spasojević, prof. Ivo Trampuž, dr Branko Kapor, Blažo Đukić, dr Jefto Bralić, prof. dr Gvozden Jovanović, dr Ljuba Spasojević, Velibor Borko Kačunkovič, dr Dragoljub Ćirić, dr Milorad Jošić, Miroljub Grbović, dr Dragograd Ivanković. dr Ivan Ahel, dr Radoš Tanasković, prof. dr Jovan Pejčinović, prof. dr Petar Milanović, Mira Mitrović, dr Čedomir Radenković, dr Radmilo Obradović, dr Dušan Mršović, dr Mileta Simić and others.
With the dissolution of Yugoslavia in 1991. the Yugoslavian market for research and creative engineering services dissolves as well, and with the sanctions, NATO bombing and tycoon privatization the economic collapse of the country intensifies as well as the mining industry as its part. In the ambiance of everyday struggle for bare survival the necessity of mining for development projects disappears. All of this has a very negative impact, and the MI after thirty years of successful operation and prosperous development is beginning to stagnate, income is dropping, personnel is thinning out and there are other negative repercussions.
After 2000. the turbulent transition processes and privatization intentions of a certain group worsen the position and situation in the MI. These trends that threatened the existence of MI have been halted in 2004. through the determination of the collective, and MI enters a period of peaceful and stable functioning. The collective with just 100 employees, with a new director Dragan Dražović at the helm, invests great efforts to secure conditions, improve and stabilize the material situation, increase personal income and to motivate workers, revitalize creative potentials, accredit three laboratories (for geomechanics, solid fuels, environmental and work area preservation) and improves the communicative infrastructure by implementing a new computer network. Publishing activities are continued, laboratory equipment is modernized, a highly sophisticated unmanned aero photogrammetric technology is introduced and other improvements as well.

Through a decision of the Government of the Republic of Serbia about changes and additions of the founding act, the Mining Institute with full responsibility Belgrade-Zemun (Official gazette RS 60/08) in July of 2008. changes its legal standing and is registered as a limited liability company, whose main activity is exploration and experimental development in the technical-technological sciences. After synchronization of the area of operation with the Legislation about innovative activities, the Mining Institute l.l.c. has on 2. October 2009. been registered as an innovative organization with the Department of science and technological development under the number 110-00-65/2007- 01/1 as a research-development center.

By Decision of the Ministry of Education, Science and Technological Development of the Republic of Serbia, the Committee for Accreditation of Scientific Research Organizations, no. 660-01-00003 / 10 dated October 15, 2019, Mining Institute d.o.o. Belgrade in Belgrade is accredited as a research and development institute in the field of technical and technological sciences – mining and geology, to perform scientific research activities.